(museum cards are NOT accepted)

Built into the mighty walls of Constantinople, the palace of the Porphyrogenitus (Byzantine Greek for Palace of the Sovereign, known as the Tekfur Palace in Turkish) is considered Istanbul’s best-preserved palace of the byzantine period. 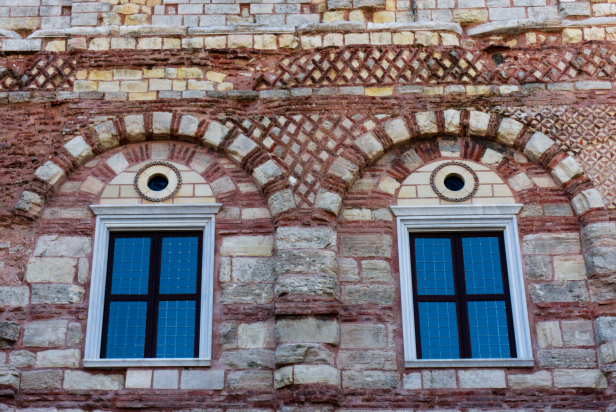 The museum focuses on the approximately one-hundred-year period (beginning in 1719) when the building had been used as a workshop for the production of the world famous hand painted Ottoman tiles. The museum displays kilns, common motifs for the painted tiles, as well as numerous examples of the types of objects that would have been produced here.

The Tekfur Palace museum also gives visitors an excellent opportunity to explore the hulking Theodosian walls that surrounded Constantinople landward side. While there are many other sections of wall to see this portion is easily accessible in the museum grounds and much cleaner than most others.

While the focus of today’s museum is on this one rather narrow aspect of the building, the Tekfur Palace has a much deeper, and at times colourful history. The palace was built around the end of the 13th century as a part of a wider palace complex incorporated in the Theodosian walls. In the waning years of the Byzantine empire the palace of the Porphyrogenitus, along with the palace complex nearer the Golden Horn, became a primary seat of imperial power in the city, making this last remaining building incredibly important.

Being built into the massive walls that surrounded Constantinople has protected the palace and been its downfall. During the Ottoman siege and conquest of Constantinople of 1453 the palace was heavily damaged due to the fact that it was built into the defensive walls. Suffering numerous violent earthquakes over the centuries, it was these same walls that helped support the palace when many other Byzantine works collapsed. 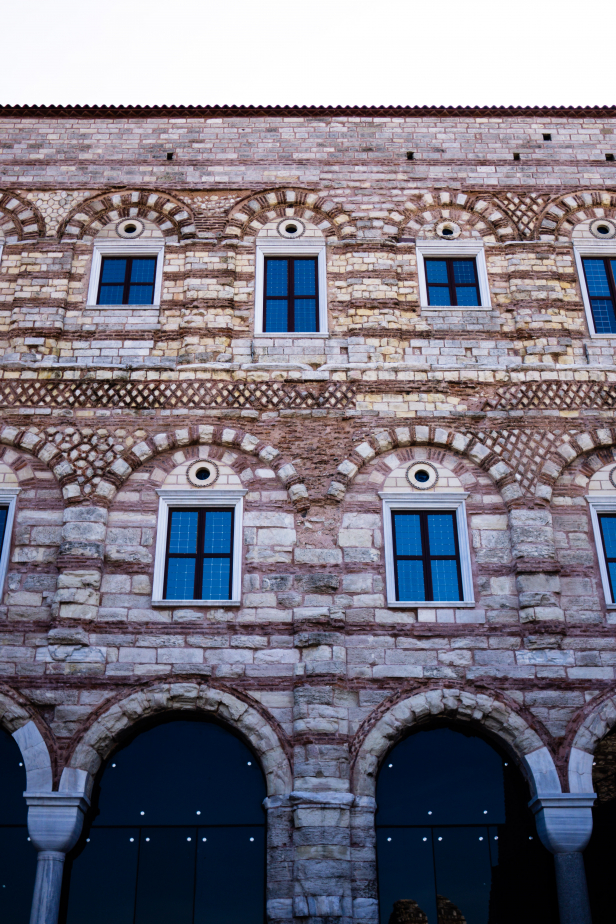 After the conquest the palace was used as a menagerie, then a brothel for a brief period (it is understandable that this wouldn’t have been featured in the museum) before being repurposed as a tile workshop. The tile workshop did not last much more than a century before the building was again repurposed, for a time, as a poor house. The neighborhood in this part of the city was mostly inhabited by minorities such as Greeks, Armenians, and Jews, the latter group making up the residents of the poor house. 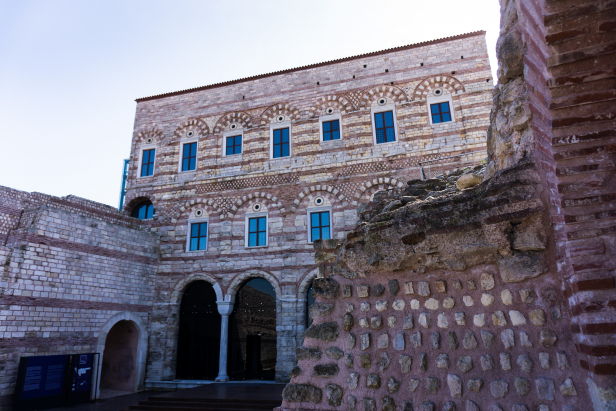 While a timeline like this is somewhat standard for churches being repurposed as storehouses or mosques in the years after the Ottoman conquest, the Tekfur Palace Museum offers visitors the very rare opportunity to walk into the history of a Byzantine palace and see its life in the years following the arrival of the Ottomans.

Every Sunday, in a gap in the old city walls right next to the Tekfur Palace Museum, is the Istanbul Pigeon Market, a strange and delightful way to see one of Turkey’s more unusual communities.

Just a few hundred metres down the street you’ll find the Chora Church (Kariye) Museum, where you’ll get to see some of the most beautiful examples of Byzantine mosaics and frescoes.

Beyond these make sure to check out Istanbul’s Top 10 Sights, and the rest of our Istanbul guides!