In the south of Antakya stretching back from the coast and into the hills is a rather unique historic site officially known as the Vespasianus Titus Tunnel, though, most often simply referred to as Titus Tunnel.

Today the remains of the massive tunnel system are a beautiful place to visit with its cool shade, gurgling stream, and paths that wind along above and through the tunnel itself. The tunnels are separated by a short section open to the sky with the remains of a stair cut into the rock, though centuries of floodwaters have washed the lower section away completely. 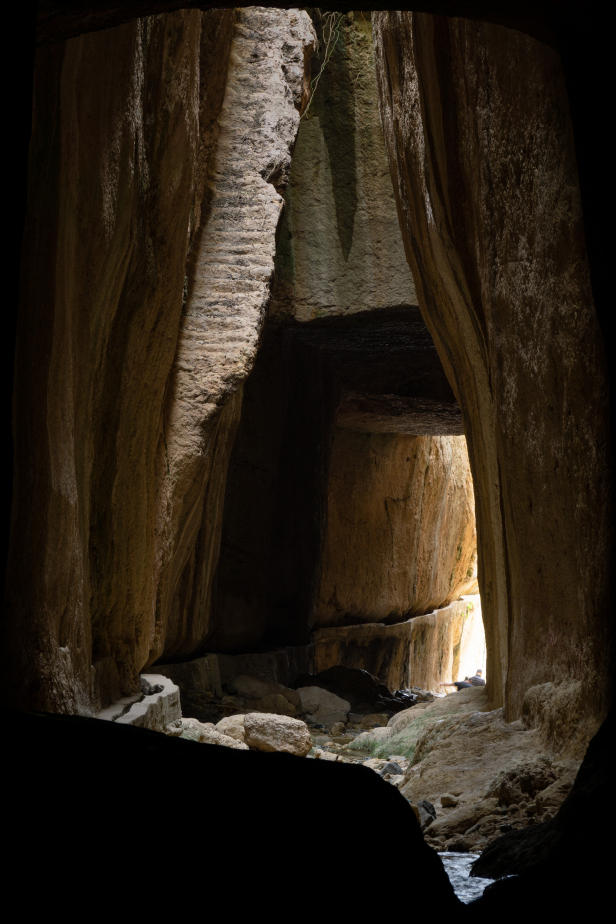 Beyond the second section of tunnel, which is quite dark and slippery, there is an inscription carved into the left-hand side of the wall showing the names Vespasianus and Titus.

Just before entering the first section of tunnel, at a little arch bridge, there is a path leading to the right where there is a large rock cut tomb known as Beşikli Mağarası, meaning “The Cave with Cradles”. The name comes from the dozen or so, cradle-like graves carved into the floor of the chambers.

In the first century AD the city of Selucia Pieria was an important port for the Roman Empire, but the problem was that the city was susceptible to flooding and the harbour would often silt up, which would make it useless. To protect the city and the precious harbour, Roman Emperor Vespasian (AKA Vespasianus) initiated a colossal project where nearly 1.4 kilometres of deep canals, tunnels, and dams would be cut into the hills above Selucia Pieria to stop the water from reaching the city. Compared to his other great building project, the Roman Colosseum, the tunnel seems like a perfectly reasonable project to take on.

The project, carried out by Roman Legionnaires and Jewish prisoners, continued under the rule of Emperor Titus (confusingly Vespasian’s first name was also Titus and he named both of his sons Titus) and finally completed by Emperor Antoninus in the second Century AD, though, as Vespasianus Titus Antoninus Tunnel is far too long, Antoninus didn’t get his name included. 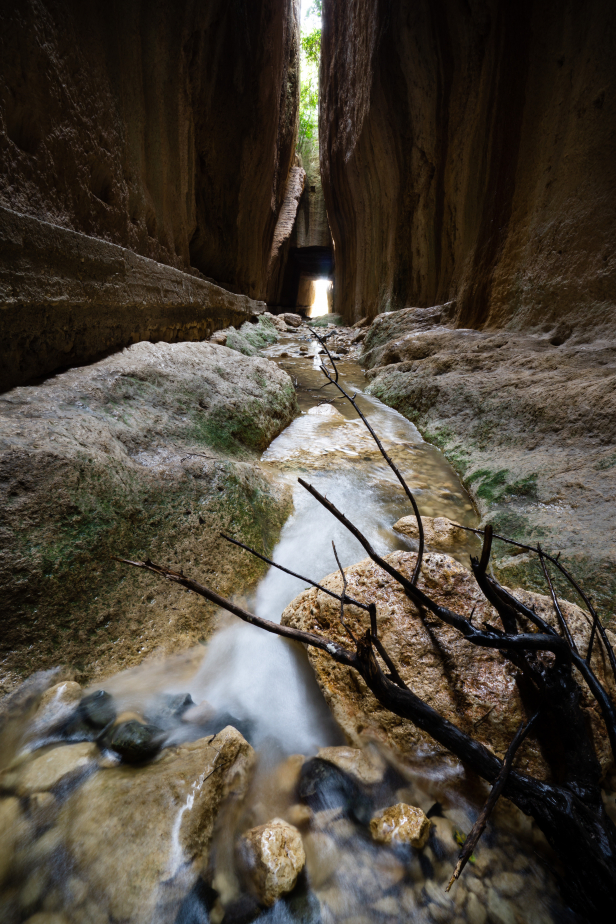 Today, apart from some scattered ruins there is almost nothing left of the once important city and port. Apart from Titus Tunnel there is only a high platform on a hilltop that had once been a temple. After surviving centuries of floods, earthquakes, and silt, Selucia Pieria was finally abandoned when it was taken by the Sassanids in 540 AD.

The local beach, known as Çevlik Beach, is a part of a 13 stretch of sandy coastline that locals call the second longest beach in the world. While this simply isn’t true, it is a beautifully long expanse of sand. The biggest problem with the beach here is how much garbage can wash up on the sand, much of which comes up from Syria.

Vespasianus Titus Tunnel along with the caves and tombs around it have been on the UNESCO World Heritage Tentative list since 2014.

Take the d420 south from Antakya to Samandağ then following the signs through the confusing roads of Samandağ towards Çevlik where you will see brown signs marked Titus Tunnel.

Public transit runs regularly between the city of Antakya and Samandağ. From there transit becomes rather infrequent to Titus Tunnel and it would probably be easiest to simply take a taxi the remaining 8kms from the town centre.

The village of Çevlik is full of cheap seaside hotels. While you won’t find anything overly high end, there are lots of decent options to choose from. Just around 10 kms down the coast is the town of Samandağ which has a similar selection of hotel options. Other than these two places the City of Antakya is 40 kms away and has a much better selection of hotels ranging from nice high-end hotels to old city boutique hotels, to filthy dives. Whatever you’re into.

In the summer the tunnels are nearly dry though there is a small stream the rest of the year. Bring appropriate shoes for a fair bit of walking and a flashlight for some pretty dim tunnels.

Planning on visiting the Vespasianus Titus Tunnel? Make sure to check out what other sights are in the area!