(apart from the Turkish baths, all sights in Merzifon are free of charge)

While technically in the Black Sea, Merzifon has many of the characteristics of a town in the Central Turkey region. The town sits at the top of a relatively wide plain, surrounded by low mountains and craggy hills. The town is hot and dry in the summer, and cold in the winter. The roots of the city run deep with even the name remaining relatively unchanged for thousands of years; the Persians knew it as Marzban, and by the time of the Greeks the city was already known as Merziphon. While the city has ancient roots, none of its ancient character has remained and today the town is ultimately an Ottoman one, home to madrasahs, mosques, Turkish Baths and Ottoman Hans. 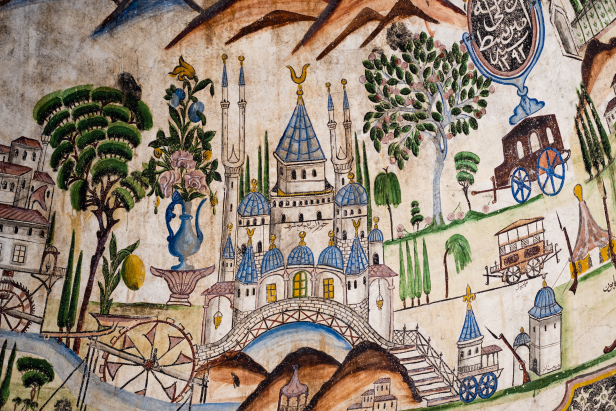 City mounds indicate prehistoric settlements in this relatively fertile area. In the Bronze Age the Hittites occupied the area until they were pushed out by the Black Sea peoples known as the Gasga (Kaska, Kashku). Phrygians occupied the region for a time until the beginning of the Hellenistic Age in which the kingdom of Pontus was established by a Persian Mithridatic Dynasty who ruled from nearby Amasya and Sinop. The ancient city was destroyed during the war with Rome, though, as a Roman city it was rebuilt. The city then passed to Byzantine rule till it was taken by the expanding Turkic powers coming from the east. Today the city’s Greco-Roman flavour has been lost and the majority of what remains comes from the Seljuk and later Ottoman rulers of the city. While there were many minority peoples living in Merzifon, namely Greeks and Armenians, little has been left of their presence. In the final years of the First World War and the early years of the Turkish Republic, the Greeks and Armenians were either sent away or killed. 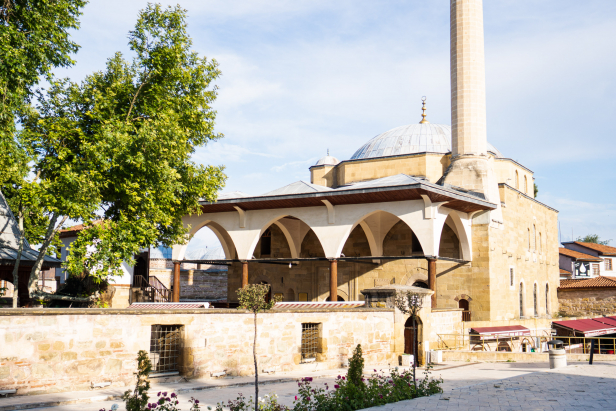 The city of Merzifon owes much of its character to the building efforts of the 17th century and Karamustafa Pasha in particular. Karamustafa Pasha, who was born in Merzifon, became Grand Vizier to Sultan Mehmet IV. His extreme wealth and influence gave him the ability to gift his home city with fine buildings that still give Merzifon its historic charm.

Built in 1666 by Karamustafa Pasha, this mosque is Merzifon’s finest. The mosque is a rather typical example of grand architecture built in the Ottoman provinces. The mosque is designed around a wide dome set on a square structure with four squinches. This square structure is fronted by a set of three lesser domes creating a space for the upper balcony without cutting into the space under the main dome. In front of this is a fore-porch, covered with a portico of three domes decorated with painted patterns. 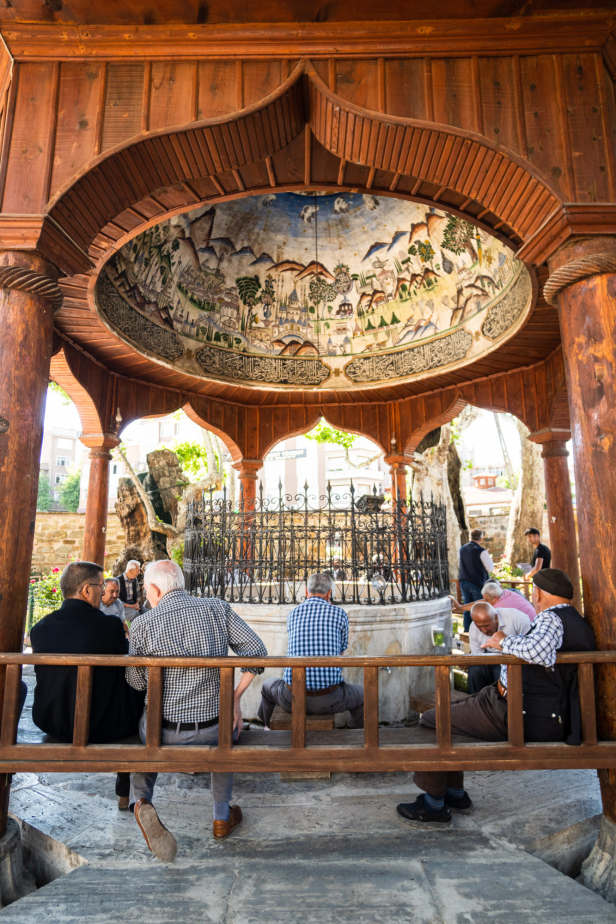 While the mosque itself is fine, the mosque’s shadirvan, or fountain for ritual washing, is exceptional. Thought to have been added sometime in the 1800s, it consists of a marble fountain covered by a high conical roof supported by eight wooden posts. In the underside of this roof structure is a plastered dome decorated with fine paintings depicting three scenes. The first is a painting of Istanbul complete with the Golden Horn, Hagia Sophia, Column of Constantine, and Maidens Tower. In the second scene is the nearby city of Amasya with its waterwheels, and a highly stylized Beyazid Mosque. The third shows the ill-fated Vienna campaign of Karamustafa Pasha with firing cannons, a city under siege, and soldiers’ tents. As the depiction of people is forbidden, there are no depictions of soldiers in this battle scene. As the mosque and its fountain were built by Karamustafa Pasha, it seems an odd choice to depict the site of his failure which ultimately led to his execution. 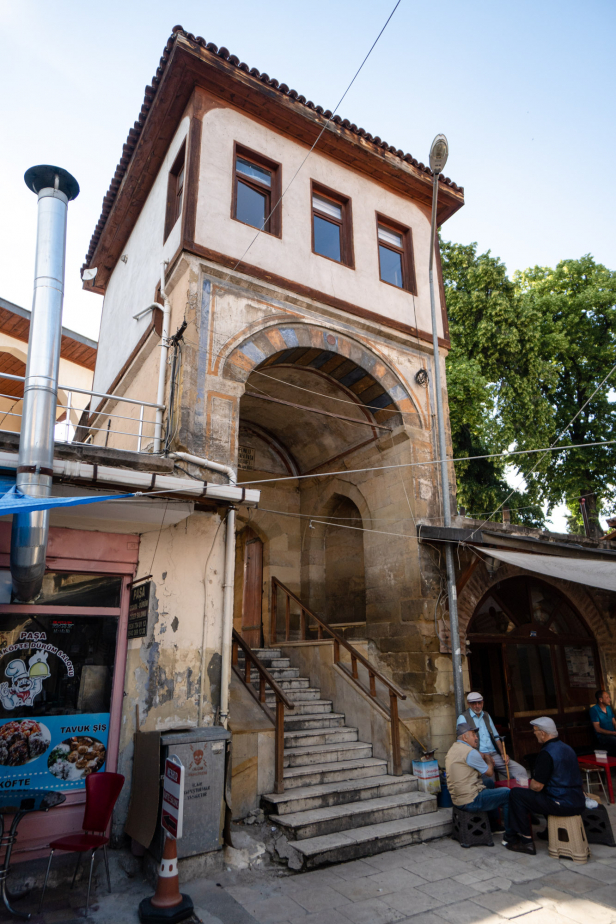 In the center of the modern town of Merzifon is the Mehmet Çelebi Madrasah, a 15th century school built in the Seljuk style. The madrasah was built by Çelebi Mehmet I, son of Sultan Beyazid who was captured by Tamerlane following the Battle of Ankara in 1402. In the absence of the Sultan, civil war broke out in the empire between Çelebi Mehmet I and his brothers. Çelebi Mehmet I managed to secure power after a decade of war and was later buried in the stunning Green Tomb in Bursa.

The Mehmet Çelebi Madrasah was completed in 1415. The madrasah is laid out as a portico surrounding a square courtyard with four large iwans in each side. Rooms were accessed from the vaulted portico. Three larger domed rooms opened off of the iwans while the fourth iwan served as the main entrance. The entrance was built in seljuk style with a fine crown portal of muqarnas set in a deep vaulted cover. 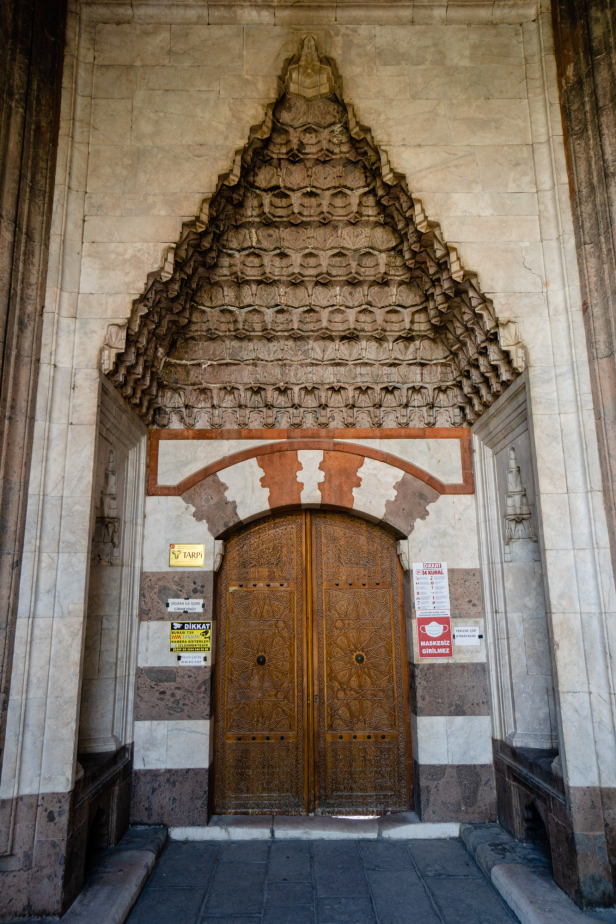 The minaret-like clock tower was added above the entrance in 1865 as a part of a drive to have clock towers built in every province. The placement of minarets above entrances like this is uncommon though there are examples of this in the Beylik period of Anatolia (see the Isa Bey Mosque in Seljuk, Izmir).

The Merzifon Taşhan (stone-han) was built sometime in the Ottoman period as a large inn to serve caravans and travellers passing along this important point network of trade routes connecting the east and Black Sea with Ottoman cities in the west and on to Europe. While the inscription plaque that would have recorded the builder and date of construction has been lost, the architectural style of the han and the general history of the area point to its construction being sometime in the 17th century. 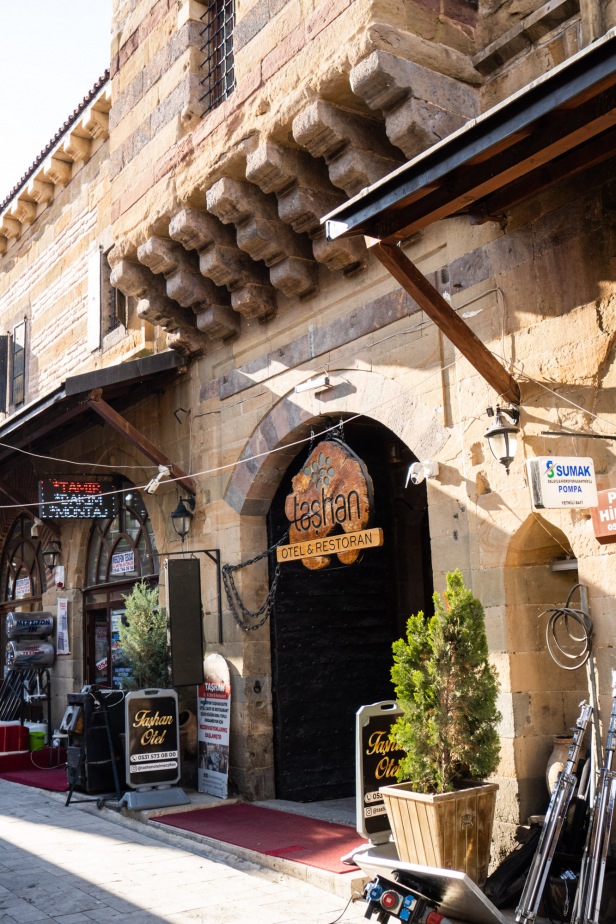 The han was built of cut stone and brick with a large rectangular courtyard surrounded by a two-storey, vaulted portico. On the lower floors there were rooms for storage and keeping animals while the rooms on the upper floors were for guests.

Today the historic Taşhan is used as a hotel and once again serves travelers as originally designed.

Directly across from the Merzifon Taşhan is the historic Bedesten, or covered market. The Merzifon Bedesten is a roughly square building covered by nine large domes set on top of large arches to make for a single interior room. There are entrances on all four sides and shed roofs built on the west, south, and east sides house shop space that are open to the exterior. Like the Merzifon Taşhan the inscription plaque is missing though the Bedesten was likely built in conjunction with the Han to serve as a market for the goods brought in by the caravans staying across the street.

Today the Bedesten has been restored and is used as a restaurant.

A remainder from the end of the Ottoman period, Merzifon is home to an Armenian Protestant Church built in 1913. The original Armenian protestant church of Merzifon was built in 1853 and this new structure was built to meet a growing need. The church was virtually unused as two short years after its construction, in 1915, the Armenian population was deported or killed in pogroms.

The church was later used as a cinema before it was abandoned and left to ruin. Recently restored it is now used as a cultural center.

Merzifon is home to a number of fine Turkish Baths. As of 2022 some of them were undergoing restoration and should be open to the public soon.

The Abide Hatun Mosque was built by Karamustafa Pasha in the village of his birth in honour of his mother Abide Hatun. The mosque has a relatively simple design consisting of uncut stone masonry forming a rectangle fronted by a fore-porch of four arches on stone pillars. The roof structure is made up of wooden post and beam construction. An interior balcony can be reached by a pair of narrow staircases on either side of the entrance.

While architecturally simple, the interior decorations, consisting of finely painted patterns on the wooden beams, makes it a unique mosque worth visiting. 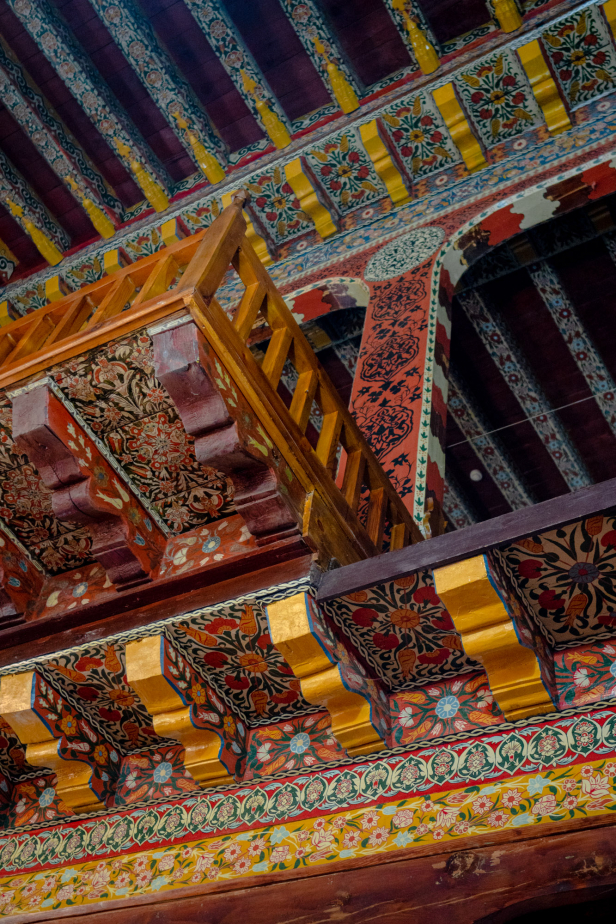 The town of Merzifon is set along the highway that connects Istanbul to the Samsun and the Black Sea and so is well connected by bus to basically every city in the country.

Merzifon is a sizable town with a decent selection of hotels to choose from. If you’re wanting a little more in terms of hotel option or sights to see, the nearby city of Amasya is stunning and has a great selection of hotels ranging from the upper-end, to boutique hotels in historic mansions, as well as some cheap options.

Planning on visiting Merzifon? Make sure to check out the other sights of Amasya Province and the nearby Province of Çorum.