In the middle of Istanbul’s historic peninsula is the great mosque of the conquering Sultan Mehmet II. The mosque is a bustling centre of worship and learning with a history that marks one of the most important turning points in the long illustrious history of the city of Istanbul: Ottoman conquest of Constantinople.

While Fatih Mosque may be less impressive than the Blue mosque or Süleymaniye mosque its history and famous resident give this mosque incredible prestige. The mosque’s name ‘Fatih’, meaning conqueror, comes from Sultan Mehmet II, conqueror of Constantinople, whose grand tomb sits just next to the mosque.

About a decade after Sultan Mehmet II conquered Constantinople in 1453 he commissioned what would become the first great mosque in the city. His mosque would be more than just a building and place of worship, it would be the symbol of a new era where Byzantine and Roman Christianity would be replaced by the Islam of the Ottomans.

To build his mosque Fatih had the Church of the Holy Apostles, at this point the most important church in the city, razed and the surrounding graveyards and tombs disposed of. The tombs at the Church of the Holy Apostles included the Byzantine Emperors going back to Constantine the Great himself, buried nearly 650 years before the fall of the city. Following the death of Fatih Sultan Mehmet II he was buried in an ornate tomb outside of Fatih Mosque, completing the transformation of the site. Where there had been a church and the tomb of the founder of the Christian city of Constantinople, now stood a mosque and the tomb of the founder of a new Islamic city that would later become the greatest city of Islamic civilization of the era.

Fatih Mosque was completed in 1470 and was a part of a vast social complex of schools, hospitals, soup kitchens, and a library. The schools were particularly important as the Sultan wanted to establish the new Ottoman capital as the epicentre of learning in the Islamic world and attract teachers and physicians from Cairo. 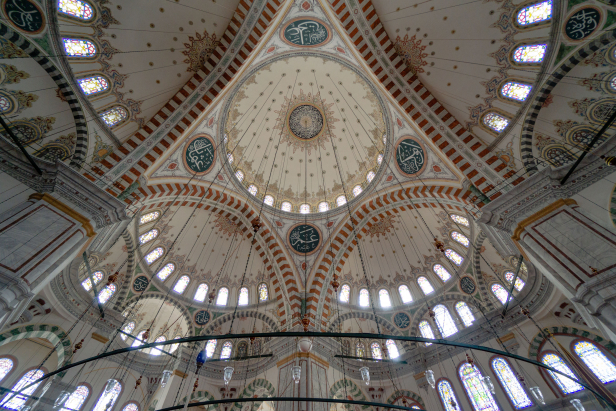 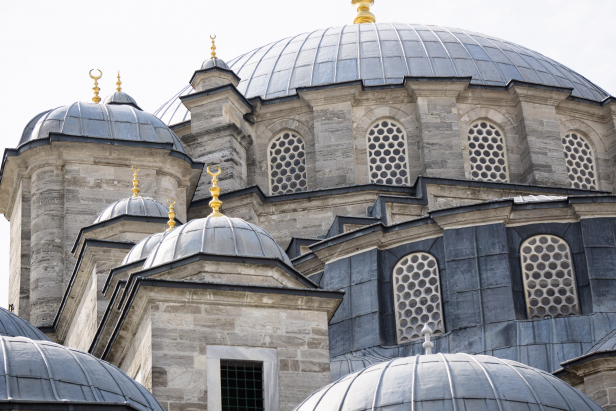 Interestingly Fatih Mosque and the surrounding complex were built by Greek architect Mimar Atik Sinan (Greek name Christodoulos). According to tradition it was for this service that the Sultan issued an edict that would protect the status of the Church of Mary of the Mongols (aka Bloody Church), the only church in the entire city to continue as a church after the Ottomans conquered it.

Following a series of earthquakes, the mosque was seriously damaged and in 1766 the main dome collapsed requiring the entire building to be rebuilt. The mosque that we see today was built in 1771, in a completely different style to the original. Only a few parts of the original, such as the lower section of the minarets, survived to be incorporated into the new Fatih Mosque.

The new mosque was built in a style that was perfected in the two hundred years before (similar to Süleymaniye or the Blue Mosque), arguably the most iconic of all Ottoman Mosque designs. A great central dome supported by stacks of semi-domes soars above a carpet-covered floor. The dome is covered in calligraphy and painted patterns, and light pours through dozens of windows with stained glass accents. While it isn’t as impressive as some of the other more famous mosques in the city its lack of tourists makes for a much more authentic feel and the beauty of the building is still well worth a visit.

Today Fatih Mosque is one of the busiest mosques in the city, only instead of attracting crowds of fanny-pack wearing, sun-burnt Europeans, the vast majority of visitors are Muslims from all over the world coming to worship in this historic mosque.

As Fatih Mosque isn’t altogether close to any metro or tram lines your best bet to getting right to the mosque is to take a bus.

Here are your bus options depending on where you’re coming from.

Fatih mosque is close to the centre of the historic peninsula along a fairly main road (Fevzi Paşa Street) and so quite easy to access from the main sights. From Eminönü it’s 3 kms, from the Hagia Sophia it’s about 5 kms, and from Taksim it’s 5.5 kms away making it a cheap destination

Depending on where you are you may want to just walk to Fatih Mosque. From the Hagia Sophia it’s 3.2 kms, from The Grand Bazaar it’s 2.3 kms, from Süleymaniye Mosque it’s a 1.7 km walk.

As Fatih Mosque is right in the heart of historic and touristic Istanbul your accommodation options are almost endless. The Historic Peninsula (known as Fatih District) is absolutely full of hotel options.

If you come on a Wednesday, make sure to visit the street market just outside the mosque complex. The market is very authentic and is the largest street market in all of Istanbul.