Set among the high hills above the village of Ötençay, Bakras Castle is a 1000-year-old fortification that has managed to seem untouched since it was abandoned over 300 years ago. With a fantastic view and a mysterious air, Bakras Castle is one of the most interesting castles in the region and well worth a visit.

Bakras Castle is believed to have been founded in the 10th century AD by the Byzantines in order to protect the pass from the mountains down into the strategic plain and city of Antioch. While the first owners of the castle were the Greek-speaking Byzantines, it was also held by the Arabs, Armenians, a semi-independent French principality, the Knights Templar, and even Saladin (famous as the leader who took Jerusalem from the Crusaders as seen in Kingdom of Heaven). 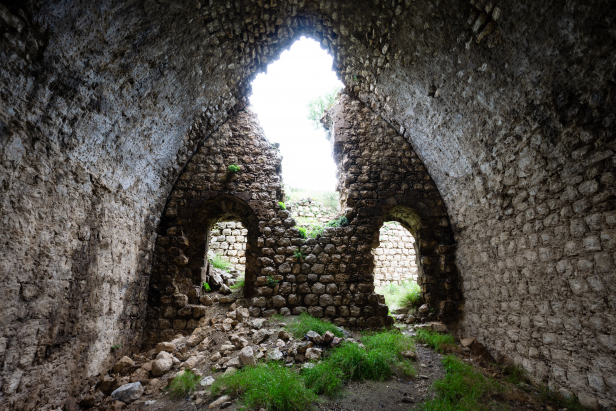 As with most places ruled by numerous peoples with different languages the name of this castle changed many times before reaching today’s form of Bakras. It was first known as Pagrae, which became Pagras, before being renamed by the Templars as Gaston, then Baghras, and finally Bakras as its known today.

While the original phases of construction and reconstruction are Byzantine and Arab, much of what you see at Bakras Castle today is French. The tall, narrow pointed windows are clear examples of the European influence left on the building. After changing hands many times, the castle was finally abandoned sometime in the 17th century. 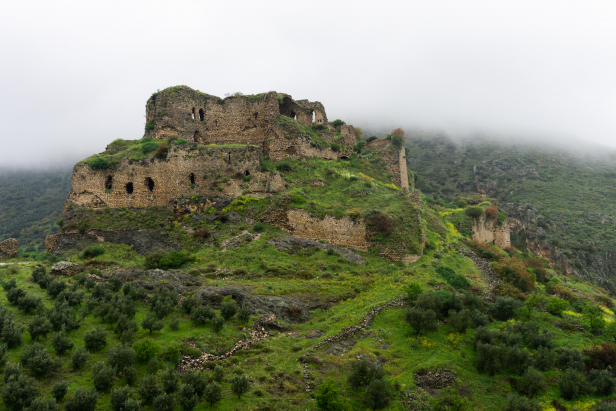 While the layout of Bakras Castle evolved over the centuries, today’s castle is made up of two levels consisting of around thirty or so rooms and chambers, some of which are quite ruined. What makes this castle so attractive is its truly mysterious atmosphere with corridors and rooms built in a tangled layout that’s hard to follow and great to explore.

The hilltop that the castle is built on is quite steep and access into the castle isn’t very easy. Combine this with hidden pits and we wouldn’t recommend visiting Bakras Castle with small children.

Leaving the city of Antakya (Hatay) go north on the D825 20km from the city till you see a brown sign on the left marked ‘Bakras’. Turn here and pass through the village of Ötençay following the signs. At one point along the way to the castle the road winds along narrow village streets between homes with no signage. Even though it doesn’t seem right this is the correct way and the road will open up above the village and continue on to the foot of the castle. The distance from the Antakya city centre is 30 kms in total.

Unless a local invites you in there’s nowhere to stay in this area. The City of Antakya has lots of hotel options ranging from big modern hotels to little boutique pansyions in the old quarter of the city.

As the site is quite steep and slippery with hard to see pits hidden in the grass we wouldn’t recommend bringing small kids here.

Planning on visiting Bakras Castle? Make sure to check out what other sights are in the region!