Over hundreds of years the Lycian city of Patara and its wide bay have been lost to silt and sand, creating a beautiful set of hills, dunes, and one of Turkey’s longest sandy beaches, as well as burying the city itself. In antiquity Patara was an important centre of culture, trade, and the evolution of political systems. 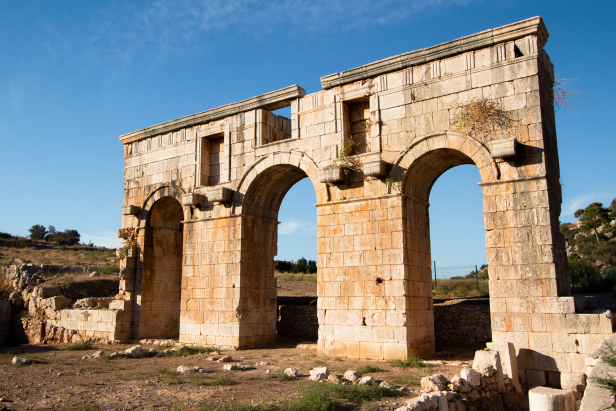 In Biblical times St. Paul and other church leaders are recorded as having stopped in Patara on their way to Jerusalem. A few centuries later, before moving with his elves and reindeer to drink Coke with polar bears, Patara was the home and birthplace of St. Nicholas. He later went on to serve as Bishop in Myra (modern Demre) where there is a museum dedicated to the bishop who became Santa Claus.

Müze Card accepted. The beach and ruins share an entrance which is 15TL though it is possible to pay for just one if you say you only plan on visiting one.

The ruins of Patara are scattered over a very wide area and there is plenty yet to be found under the sand and silt that has filled the old harbour and buried sections of the city. Excavation efforts are continuing thanks to local universities. 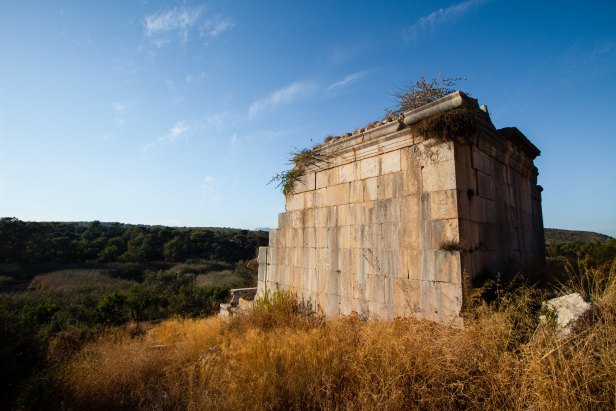 At the centre of it all are two large theatres. The larger of the two, carved into a hillside, has seen little by way of restoration and once seated about 5000 people. The second and the smaller of the two is actually a Bouleuterion, or council house, and was recently restored by the Turkish parliament due to the role that this bouleuterion played in the development of political philosophy. Under the seats of the bouleuterion there is a room with displays and posters describing the restoration process which (if you’re into this kind of thing) is quite interesting.

Beyond this there are colonnade streets, sections of city walls, baths, churches, and the ever present Lycian tombs. Keep an eye out for the triumphal Arch of Modestus, built in the 2nd century AD, as you come in on the right hand side of the road. Also look for a small path that leads out into what is now the plain where there are the remains of the lighthouse of Nero which is among the oldest in the world. 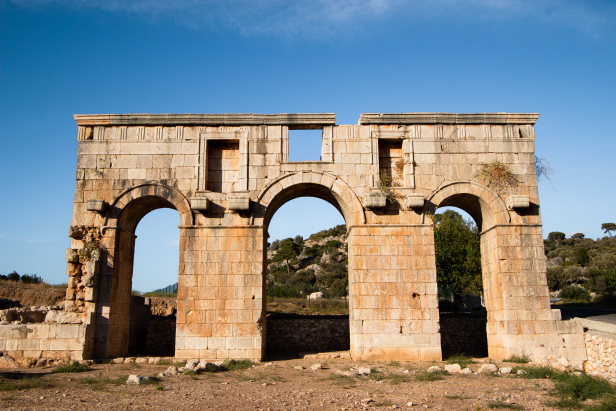 The beach and ruins share an entrance which is 15TL though it is possible to pay for just one if you say you only plan on visiting one. There are other access points to the beach via the sand dunes, keep reading for more on that.

Once this spot was the mouth of a wide bay; now the bay has silted up creating one of Turkey’s longest beaches. The beach is 12 kilometres long and so even in the peak season doesn’t get overly crowded. During the nesting season sections of the beach are closed to protect the loggerhead turtles’ habitat and eggs.

If you go in by the main entrance there is a café with food, hot drinks, beer and such. There is also the option to rent a chaise lounge (5TL) and umbrellas (5TL).

Rising up from behind the beach is a series of massive sand dunes where you can see beautiful patterns in the ever shifting sands. If you’re like me and would LOVE to see the endless expanses of windswept sand in the desert but haven’t yet managed it, then this may tide you over until you get the chance! If you just think that sand is “rough, coarse, and gets everywhere” then this isn’t for you.

The village of Gelemiş is about half a kilometre from the entrance to the Patara Beach and Museum grounds and has numerous shops, cafes, restaurants, and boutique hotels set along a handful of quaint, tree-lined streets.

There is regular bus service between Fethiye in the North and Kaş in the South; if you get off along the highway outside of Gelemiş you can catch a minibus into town. Be aware that it’s still a few kilometres from the town to the beach!

The best route to the sand dunes (and free-est to the beach) runs from the centre of Gelemiş northward. Driving into town you will come to a major ‘T’ intersection where carrying straight through will take you on to the ruins and the paid entrance to the beach whereas turning right will take you to the dunes. Turn right onto an apparently unnamed road then follow the road left and out of town. The road is rough and unmarked though it runs uphill fairly consistently to a high point overlooking the dunes and sea. The best and least-touched dunes are to the right away from the ruins and the beach cafe.

Patara is not on the main Lycian Way route but there is a detour loop marked on the guidebook maps if you want to include Patara on your trip.

Gelemiş is a quaint town with loads of pensions, small and boutique hotels, campsites, and villas available. It’s also the most convenient location in regards to distance.

The town of Kalkan (13 km away) is another great option if you want to be somewhere with more bustle and more to offer. Perched on a steep hillside above a tourboat-filled harbour, its got a Greek island feel that has made it extremely popular with foreign and local tourists alike.

The hills above Gelemiş and Kalkan have, in recent years, been filled with villas scattered among the olive groves. These are a cost effective option for larger groups and a great way to have privacy. You’re going to want a car though as these tend to be rather far from the nearest shops. A big plus is that the grocers and restaurants in the nearby towns will deliver to your door. Search İslamlar Köyü villa or Üzümlü Köyü villa for lots of great options. If you book online in Turkish you’ll often get a reduced rate.

From Gelemiş you’re just 10 kilometres from Xanthos and Letoon, learn more about them here! Make sure to check out what other destinations are in the region.