Crowning the peak of a small mountain, high above the town of Samandağ are the ruins of an ancient monastery complex centered on St Simeon Stylites the younger, one of the founders of history’s more unusual monastic traditions. Giving the once serene site a rather strange feeling, the ruins are surrounded by dozens of massive wind turbines replacing silence with a constant wooshing.

While a shadow of its former self, the ruins of the Monastery of St Simeon, with its stunning view of the surrounding valleys and coastline, are a great place to visit. The monastic complex consists of a number of parts, all of which have been destroyed. There are three churches, a baptistry, graves, and the remains of some fortifying walls. The most important and unique feature of the site, however, is the remaining base of the Pillar of St Simeon.

As a stylite monk St Simeon lived on the top of a pillar, the base of which is still easy to find in the monastic complex. St Simeon Stylites the Younger, as he was best known, entered the monastic life at a very early age and apparently began to live on top of a pillar near his master from before he lost his first teeth. Eventually Simeon had a pillar erected on top of the high hill overlooking the modern town of Samandağ where a monastic complex began to grow sometime during the 6th century before his death. Simeon would give communion to the others living on his mountaintop by having people come up to him by way of a ladder. Even after his death the site remained a site of pilgrimage for many years to come and the monastery continued to grow. Exactly when this complex was abandoned isn’t quite clear. 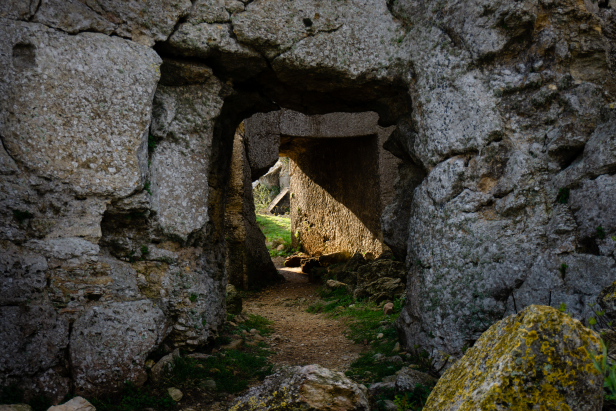 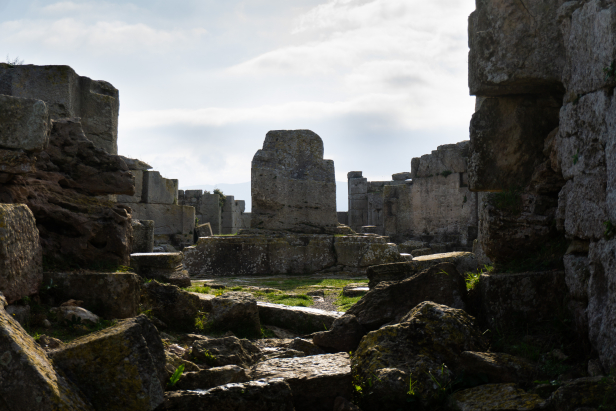 The Stylite monks, like all early monks sought seclusion so as to contemplate and meditate as well as remove themselves from the world of earthly temptations and distractions. The pillar monks were one form of asceticism that was known in the East but never became common practice among the monks of Western Europe.

Simeon is known as ‘the younger’ because there was another famous pillar monk that preceded him also named Simeon (there is also a St Simeon Stylites III who came shortly after).

At the moment, Google maps shows three different locations for the Monastery of St Simeon all in a similar area but only one is correct. It’s NOT the one by the river, nor the one nearer to the highway. On Maps head to the one at the end of a long winding road leading to a dead end.

As the monastery ruins are a steepish, 7 km drive off of the D420 highway we would recommend driving to get here. Head south/south-west on the D420 highway to Samandağ from the Antakya city centre for about 14 kms. On your left you will see a brown sign marked St Simon Manastırı. Turn left at the lights and stay to your right taking the narrow upper road rather than the wider lower road. From this point follow the signs as you wind your way upwards among the forest of wind turbines till you reach the end of the road at the monastery.

Taking a bus from Antakya to Samadağ along the D420 you will pass by the entrance to the long road up to the monastery. It is possible to get off at the sign and walk the remaining 7 kms to the top if you’re feeling ambitious. Getting to Antakya is as simple as waiting on the side of the road and flagging a bus down and taking it back into the city.

Just 20 kilometres from the city of Antakya your best options will be there. In the old city you will find boutique hotels in historic buildings close to many of the best sights. Just a little ways from the centre you’ll find some larger and newer hotels as well.

You may also want to consider staying along the coast in the village of Çevlik or Samandağ which arefull of cheap seaside hotels. While you won’t find anything overly high end, there are lots of decent options to choose from.

Planning on visiting the Monastery of St Simeon? Make sure to check out what other sights are in the area!