Turkey’s Eastern Black Sea region is a land defined by its mountains. The mountains rise up out of the sea and climb ever higher as you head inland. Valleys are cut deep by swollen streams and rivers that flow out from glaciers above, collecting rain as they head north to the Black Sea. One of the most famous of these river valleys is the Fırtına (Storm) Stream Valley which flows down from the Kaçkar Mountains that rise up nearly 4,000 meters above sea level.

The people of this area have contested with this steep, rainy environment for millennia, building bridges and makeshift zip-lines to get from one side of the valley to another. In the Medieval period the Fırtına Stream Valley was even home to a highway connecting the inner plateau with the coast, with a pair of castles built to guard the route. The sides of the valley are often so steep that the course of the road had to cross back and forth over the river, with around twenty bridges built in the area. Today you can still visit many of these historic bridges, their high dramatic arches leaping from bank to bank in the midst of Rize’s lush greenery. 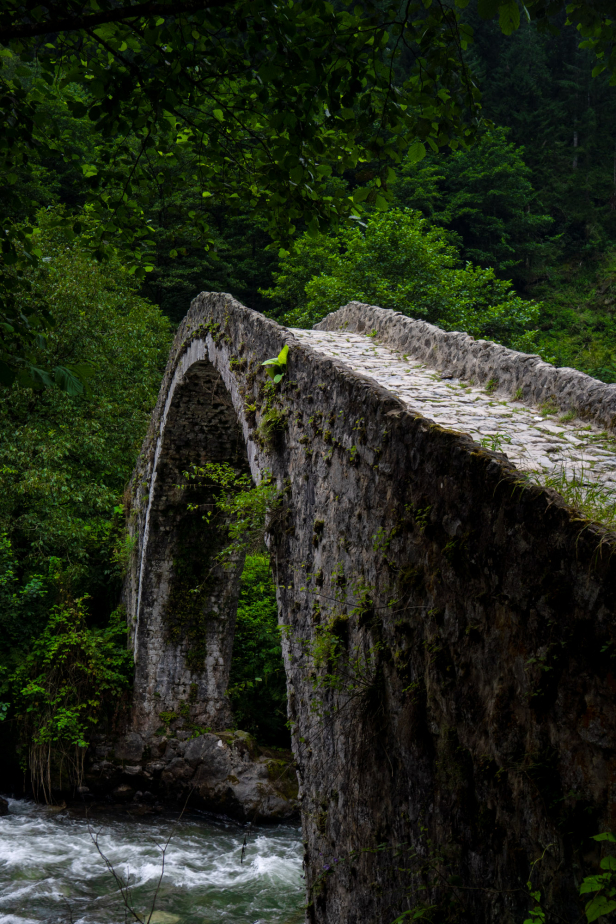 All the historic bridges of this area follow a similar design and construction method. While some have multiple arches, the majority of the bridges on the Fırtına River consist of a single arch. The spans are semi-circular or high segmental arches with the summit of the bridge forced high to span the width of the river in a single leap. The bridges are built with a combination of ashlar and rubble masonry, the tight-fitting ashlar stones making up the underside of the arch while the mass of the structure uses uncut stones with generous amounts of mortar. While the design of these bridges is certainly far older, most of the bridges in the Fırtına Valley were built in the 18th and 19th century, perhaps replacing older bridges.

While you can visit the bridges of the Fırtına Valley by stopping along the road, you can also experience them from the water or the air by taking a white-water rafting tour or crossing the valley by zip-line! 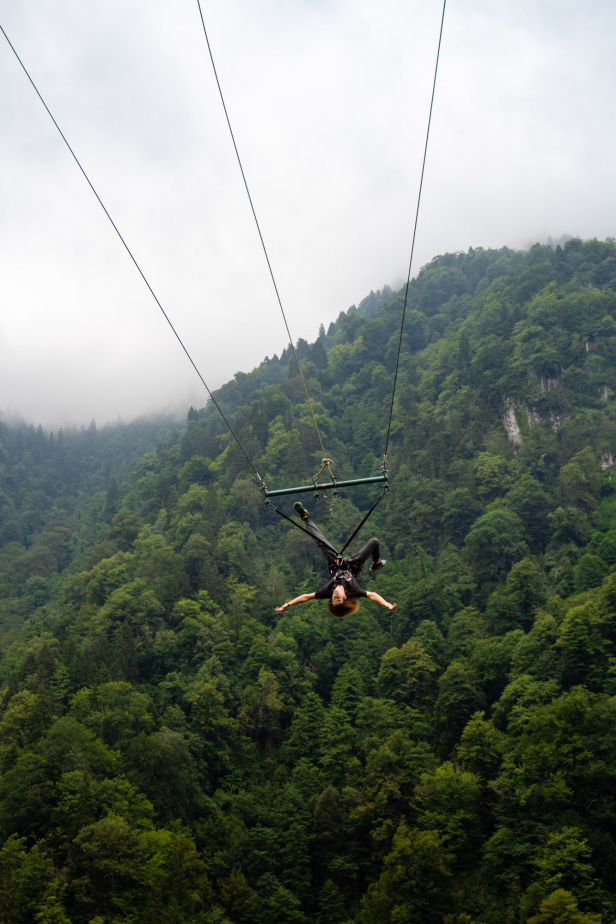 Also known as the Ardeşen Bridge, this is by far the most popular bridge with ziplines passing overhead, rafts passing below, and a crowd of restaurants overlooking the rushing water and ancient stones. The Timsivat Bridge was built sometime in the 18th century.

Built just on the north side of the town of Çamlıhemşin at the junction of the Fırtına and Kavran Streams, this bridge is likely a more recent addition to the region’s list of bridges with its segmental arch and use of well fitted cut stone. 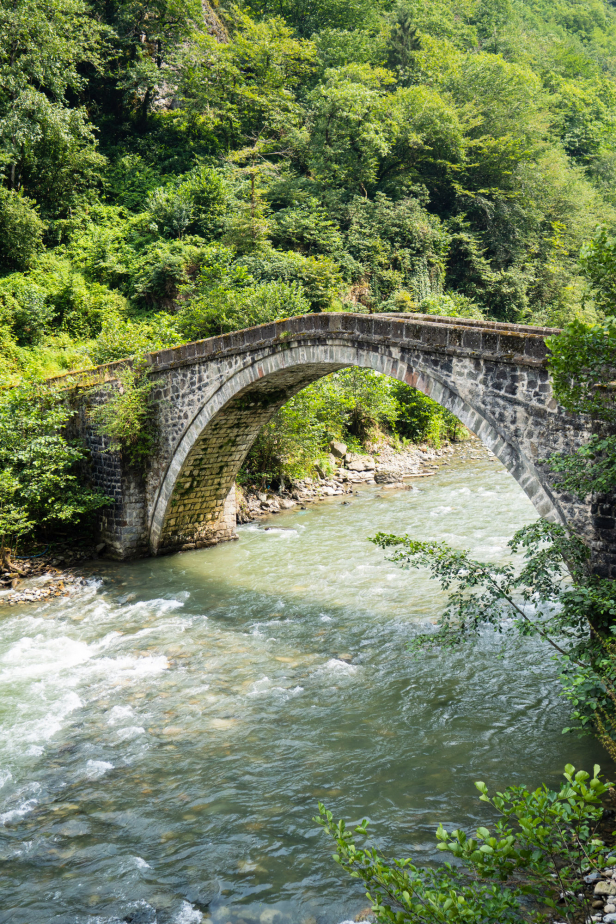 Set just downhill from the village of Kavak (meaning Poplar Tree) and only 350 meters upstream from the Ham Bridge is the Kavak Bridge, built in the early 19th century. 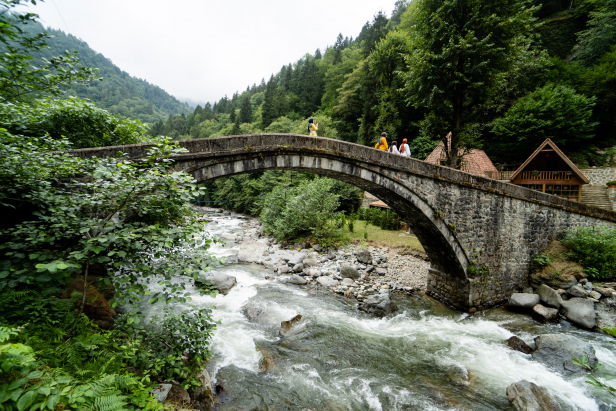 Also built in the early 19th century this bridge sits in a bend of the Kavran Stream just a short distance upstream from the Kavak Bridge. The far side of the bridge is forced to take a sharp curve to the left by steep cliffs. 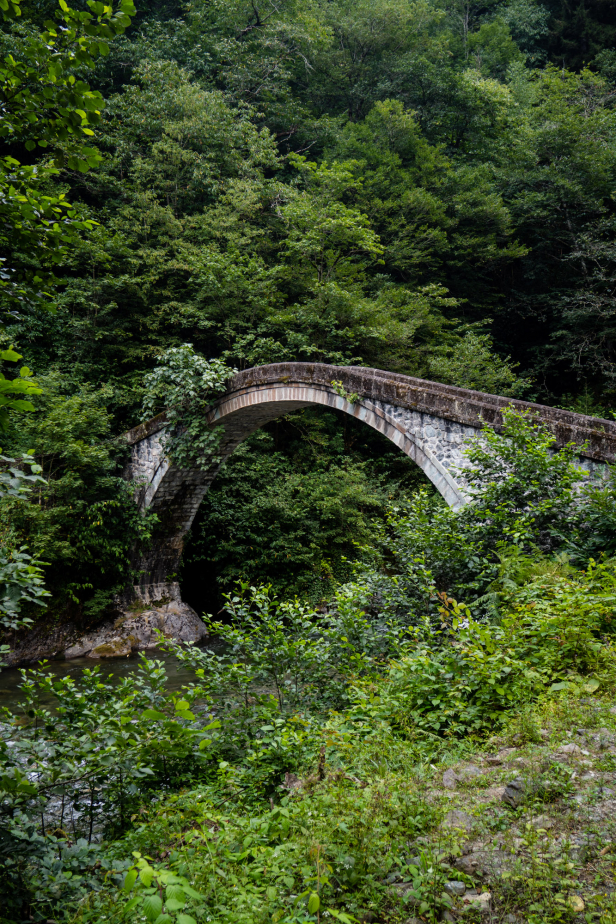 Built in 1696 the Şenyuva Bridge is one of the oldest in the area, leaping high from bank to bank with a thin arch of rubble masonry. 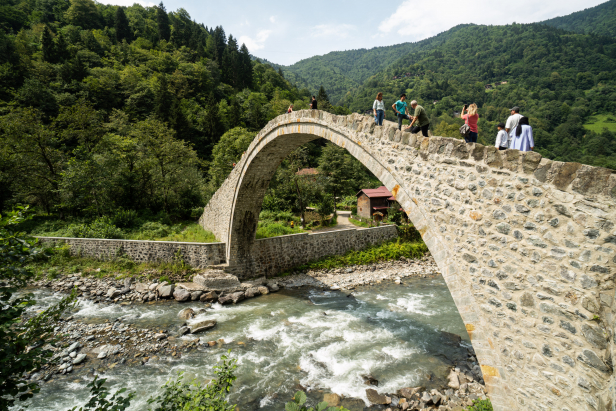 Built in the late 19th century the Kadıköy Bridge is a rare example of a multi-arched bridge in this area. This design was necessary as the Fırtına Stream grows wide here in the lower end of the valley and it was easier to span the river using multiple arches instead of one giant one.

While you can certainly take public transit to visit the Fırtına (Storm) Valley, the area is vast and the area’s sights won’t be easily accessed by public transit. You can hire a taxi from Ardeşen on the coast or rent your own car from Rize (the kilometers will be high so renting may be cheaper than taking a taxi). Another option is to join a tour group which will take you to a number of the Fırtına Valley’s many highlights. For the greatest flexibility we’d recommend renting your own car; for the least headache join a tour.

For more about car rental and driving in Turkey make sure to read our full drivers guide and for more about getting around in general check out our guide to using public transit.

The Cities of Rize and Trabzon are home to a wide selection of hotels, but the area has become so popular with Arab tourists, drawn to the cool weather and stunning greenery, that prices in the cities have gone up dramatically. There are bungalows, boutique hotels, and cabins scattered throughout the region, offering stunning views and local cuisine for prices that are often better than what you’ll find in the city.

Planning on visiting the Bridges of the Storm Stream? Make sure to check out Rize Province’s many other stunning sights!