Fittingly set just outside the ancient city walls is a museum celebrating the Ottoman conquest of Constantinople and the sultan who achieved the historic feat that marked both the end of the Middle Ages and the final demise of the Roman Empire. 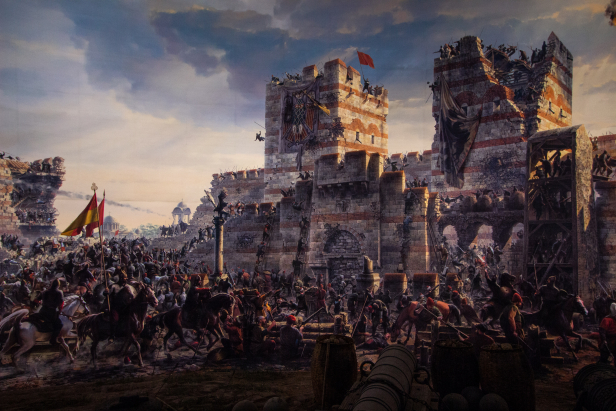 The museum is comprised of paintings, historic and modern, that explain the importance of Constantinople for the Ottomans and how they went about taking the city. Before entering the museum’s main attraction, visitors will see how the Ottomans prepared for the attack and laid siege by building massive fortresses around the city.

The museum’s main attraction is a huge domed room designed to make you feel like you’re on the battlefield as the city walls were being breached while Sultan Fatih Mehmet II looks on. The room is a large dome covered with a lifelike mural depicting the battle with model cannons and other equipment scattered on the ground surrounding the viewing platform. An Ottoman military band plays over the sound of the battle. 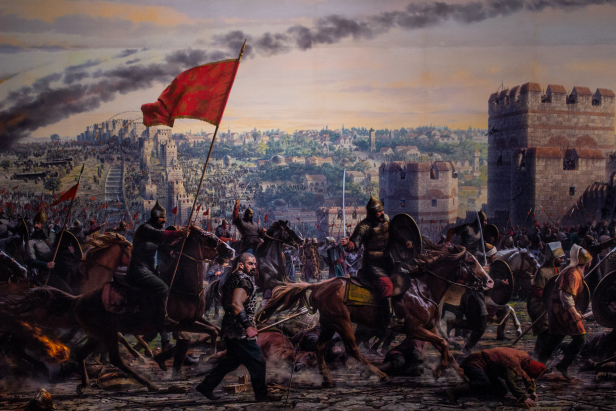 This museum is definitely designed first and foremost for Turks and those wanting to celebrate the Ottoman military success over their enemies. Sultan Mehmet II is shown as being infallible, Constantinople is referred to as Istanbul even when referring to the time before the conquest, and the Ottoman forces are said to have ‘liberated’ the city; anything that could be construed as negative is glanced over. Despite the propaganda, the museum is of high quality and does an excellent job at conveying much of the history and bringing to life this incredibly important moment.

For more details and up-to-date information check out the official 1453 Panorama Museum website.

The museum is in the Topkapı neighborhood (not to be confused with Topkapı Palace) just beyond the city walls. The easiest way to get here is by taking the T1 tram line (running from Kabataş to Zeytinburnu) then exiting at Topkapı Station. From the station there is good signage to lead you the remaining 400 meters.

This is one of the most wheelchair accessible sites in Istanbul.

Take a walk through the park next to the museum and see the city walls that were originally built by the Byzantines and finally breached by the Ottomans in 1453.